Merlin calls them midway attractions, Village Roadshow boxes, others still call them FEC. Whatever you want to call them, let me tell you they’re hot right now in Asia!

They were made popular by Merlin Entertainments, whose strategy essentially relies on clustering a bunch of them to generate synergies and economies of scale. It’s about multiplying the gates to make more $$ out of each visitor and saving on marketing $$.

In Asia they become the tools of the new lords of urbanization who need them to bring the culture and lifestyle they need to please both the authorities and the new urban consuming class.

Examples of such new lords are Wang Jianlin (Wanda, China), Zhang Xin (SOHO, China) and Pham Nhat Vuong (Vincom, Vietnam). They have been early in embracing the trend and adding ‘cultural & lifestyle’ attractions and entertainment to their property developments to serve the ‘communities’ living around their projects and attract new ‘visitors’.

Authorities love a good box too and it’s always easier to give land or permits when developers lure them with content and facilities that help them with their education and tourism objectives.

But this is not a new phenomenon. There is a long tradition of quality indoor attractions in Europe and America, often used for similar purposes but in different contexts of urban redevelopment. Some of the world’s best attractions are science centres and natural history museums part of such urban projects e.g. Cité des Sciences et de l’Industrie in Paris or M Shed Museum in Bristol.

I thought I would list some of the popular international concepts of boxes already available in Asia.

We are also seeing an increased interest from IP owners to come up with Location Based Entertainment (LBE) concepts to fit in a box.

One of the problems for such licensors is to find someone they can trust to operate. And this is where operators such as Village Roadshow and Parques Reunidos are coming in.

Retailers are also tempted to do their own concepts and roll them out. Parkson recently announced a concept of Little Kingdom edutainment centre in Malaysia and AEON is working on rolling out its Molly Fantasy and Kidzoona concepts in its malls in Thailand.

Now let’s look a bit further in the future and let’s try to make sense of the recent announcement from Centre Pompidou to open pop-up branches in China. Actually it’s not the first time that a European cultural institution would be looking into China for growth. Both V&A and CORPUS Journey Through the Human Body – and probably a number of others I missed – have announced China plans.

This could be the future of boxes once the lords get tired of IP-based concepts (too commercial, too expensive) and realize that it is not easy to develop sustainable cultural attractions. And now I am suddenly realizing I could have been ahead of the game when I proposed to work with French museum operator Culturespaces for the Central Police Station in Hong Kong…

What I like the most about my job is to help clients put their destinations on the map. I find it really interesting to do research on the target visitors and the trends, and to look into benchmarks and references. Then coming together with a vision and a storyline for the destination is always a great bonding exercise.

We’ve just recently completed a 6-month job for a client in Malaysia including full re-development of the masterplan. We are proposing a really cool integrated family island resort. Here is a very short video to give you a feel for it:

And here is the copy featuring in the video:

A place within driving distance from Kuala Lumpur’s modern hub where you can decide to go whenever you need a break.

A place set around a unique lagoon and white sand beaches offering endless activity opportunities from dolphin interaction to swim-with-the-fish and waterfront dining.

A place for your children to play and be safe while you rest and enjoy the beach club lifestyle: the little ones playing with the fish at Aquaria Marine Lab or with water at the large kids play area, and the older ones hanging out with theirs friends at the Wave Park.

A place where you can become the owner of one of Malaysia’s only freehold waterfront villas or an affordable & chic holiday suite.

This place is Marina Island.

And now we will be working with our client to make it a reality, which is also a part of my job I love: dealing with partners, closing deals, securing funds, etc.

I started going to Seoul for work in 2005. I have always been fascinated by the city, its energy and its strong cultural appetite. When Celebrating Life was appointed by Compagnie des Alpes (CDA) in 2010 to help with the development of Grévin in Asia, we picked 3 cities and of course Seoul was one of them. Five years later Grévin Seoul is about to open and this is the story of how it happened!

First we assessed the tourism environment and we were surprised by how few themed attractions Seoul had. Of course there is the Seoul N Tower, the Palaces, the National Museum and Lotte World but that’s not enough for the huge population of Seoul residents (10million) and the increasing number of tourists from China and SE Asia.

On top of that we found the appetite of Korean for all things cultural and especially French is almost unmatched. French exhibitions such as the Louvre Exhibition at the National Museum of Korea in 2012 can attract more than 500,000 visitors in a few months!

So we thought Grévin was the right fit for Seoul as we could bring a quality themed attraction for tourists and residents, with a French touch. The consumer research conducted by Ipsos in 2012 provided very useful guidelines and confirmed the strong appetite of Koreans for education-driven entertainment as well as their fascination for French culture and products.

We then had to find the perfect site and so we looked at a dozen different possibilities but could not settle for anything we liked until the Seoul Business Agency, whom we brought to Paris to see Grévin, asked us to look at the annex building of the City Hall on Euljiro. And we immediately fell in love with this ‘heritage’ building (built by the Japanese) right across from the Lotte Hotel and one block away from the main City Hall square. 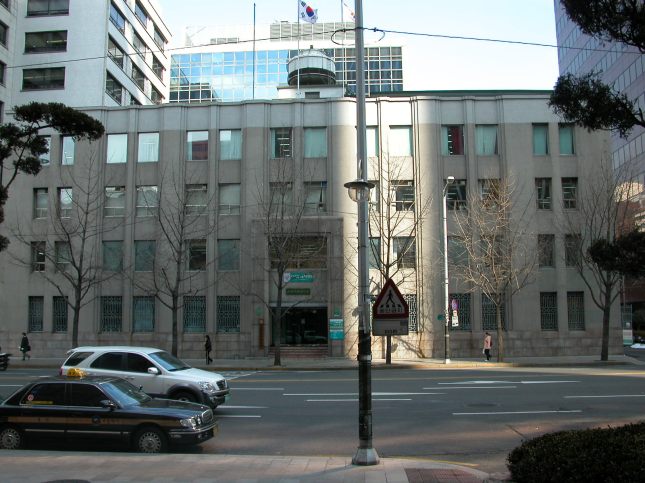 The mayor himself is a big supporter of the project, which he sees as a great tourism addition to the city. So after a few months of discussion with his office MOU was signed between himself and the Chairman of CDA in Seoul in March 2013.

None of that would have been possible without the valuable help of Yong K. Kim and his company Mast Entertainment, whom we approached to be CDA’s partner for this project. Mast Entertainment has a live entertainment background (promoter of Cirque du Soleil in Korea) and knows the local market very well. Yong K. Kim was looking for something a bit more long-term than shows and Grévin was the perfect fit.

Now let me tell you about the product, which I think is a good illustration of my recent post on “beauty” and “humor” possibly being the next big things for our industry.

As they did for their other projects Grévin took a non-traditional design approach. They decided to use their ‘Production du Parc’ team as project manager and asked a talented museum designer – Atelier Confino – to work on the concept design. The mix of both, together with the input of Yong K. Kim, allowed them to achieve a unique visitor experience that will be a great addition to Seoul’s tourism landscape.

What I like about Grévin is that they don’t take themselves too seriously. They like to provoke, not too much but just enough, to create stronger memories for their visitors. They started experimenting in Paris then in Montreal, Prague and now in Seoul. They want visitors to be surprised and leave with a smile on their face. And this brings “humor”, which is much needed in our industry.

As for “beauty”? Well, Grévin’s tagline ‘The Art of Make-Believe’ says it all. Wax figures are made by real artists in the Paris studio and the decors are very elaborate just like a theatre stage. They want visitors to go through a variety of emotional states during their visit, a bit like in a show or a movie.

Enough said about the product; you should see it for yourself when it opens in July 2015.

As a last note I would add that I am proud to contribute to the great city of Seoul with this exciting new attraction, which is a good example of what I believe in: the right location, the right product and the right partner.